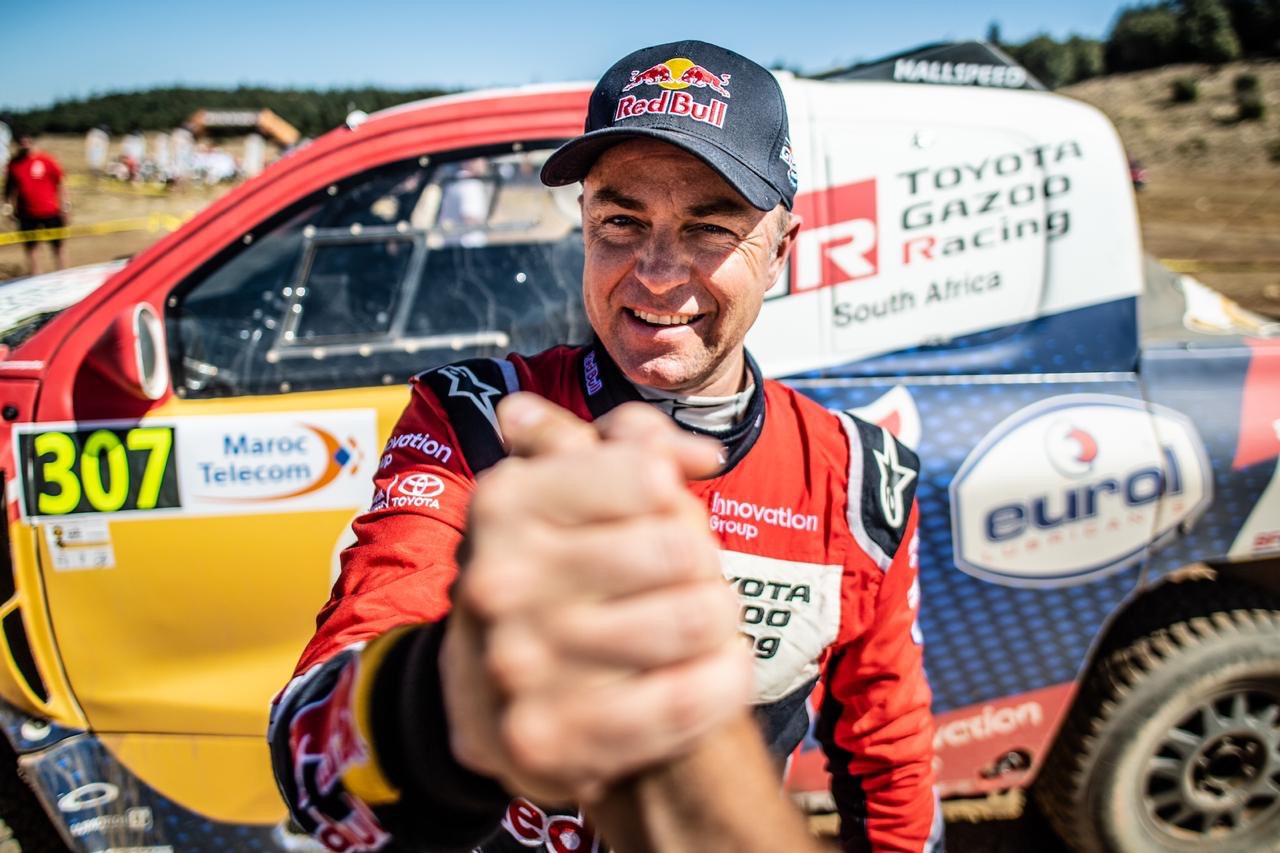 Ranger Buck Safaris is thrilled to announce that one of South Africa’s favourite sons, Giniel de Villiers, has joined the organization as an official ambassador.

The Barrydale-born 48-year-old is a devout outdoorsman and jumped at the opportunity to represent a brand which supports conservation, has a passion for Africa, and specialises in delivering one-of-a-kind safaris throughout the continent.

“I love being in nature, and after seeing what Ranger Buck Safaris offers, I knew that I had to get involved” said de Villiers from his home in Stellenbosch, South Africa. “I’m excited that I’ll be able to promote this magical continent through a world-class organization that consistently provides life-changing experiences.”

De Villiers has achieved tremendous success in the world of motorsport, highlighted by his Dakar Rally triumph in South America in 2009. The multiple South African rally champion has finished on the podium on eight occasions at the Dakar, dubbed the world’s toughest race.

“I’ve competed in events throughout the globe and have a good understanding as to just how special Africa is, and what sets Her apart from other continents” de Villiers added.

Ranger Buck Safaris combines a flair for wildlife with adventure to bring clients closer to nature, while ensuring that the experience is always luxurious. The company was founded by entrepreneur and adventurer Archie Rutherford, a qualified Game Ranger and FGASA Field Guide with over 25 years’ experience in the industry.

Rutherford was delighted to have de Villiers on board. “I couldn’t ask for a better ambassador than Giniel. He is respected throughout the world for his racing achievements, but is foremost a child of Africa, and I’m excited to join forces with him as we bring the world to this beautiful continent” said Rutherford.