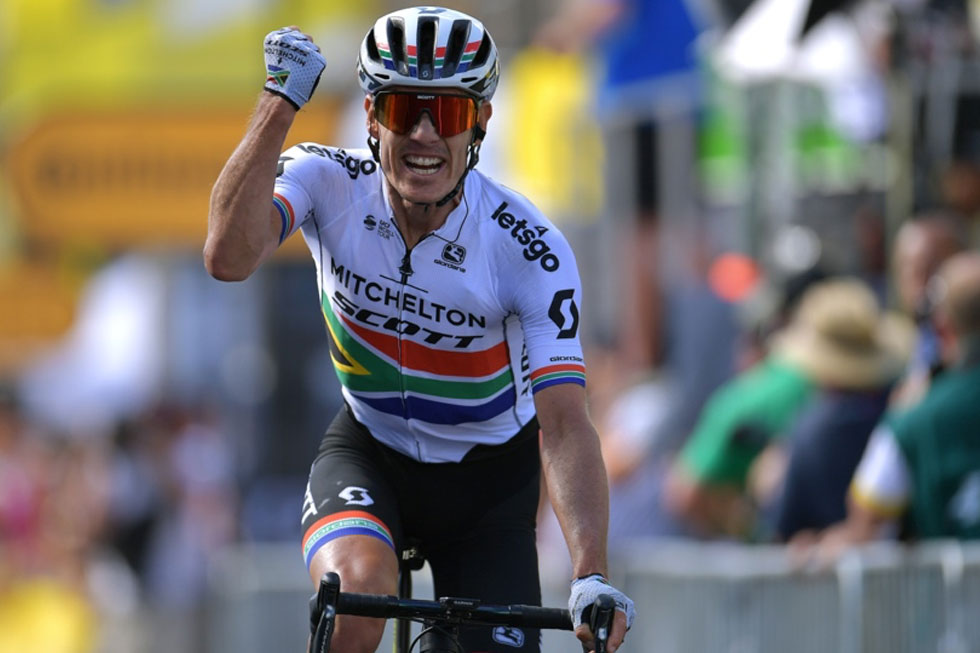 The Johannesburg-born 35-year-old follows in the footsteps of a number of high-profile
sporting personalities to have signed-up as ambassadors for the organisation, including
former Springbok captain John Smit and 2009 Dakar Rally winner Giniel de Villiers.

Impey is arguably South Africa’s most decorated cyclist, having achieved numerous
successes in his long and illustrious career. The 2013 Tour de France featured one of his
most notable achievements, when he took ownership of the prestigious maillot jaune for
two days. Six years later, Impey captured his first individual stage at the race,
winning the ninth stage in Brioude.

Impey has won a number of races across the globe, including the Tour of Turkey and Tour
Down Under, and while his travels keep him away from South Africa for long periods, his
roots remain firmly in the country of his birth.

“South Africa is unlike any other place I’ve been to, and I’m proud to represent my country
on the international stage,” said the Mitchelton-SCOTT rider.

“Because of my arduous cycling schedule, I only get to spend a limited amount of time in
South Africa, so when I’m there I want to make the most of it. It was with this in mind that I
accepted the offer from Ranger Buck Safaris owner Archie Rutherford to become an
ambassador of the company” he added.

Ranger Buck Safaris provides tailor-made trips and adventures throughout Africa, while
protecting endangered wildlife through its support of conservationists who ensure that
animals and people coexist and thrive.

“Cyclists are of the most dedicated, inspirational and hard-working sportspeople on the
planet, and he’s up there with the best of them. He espouses all the qualities associated
with Ranger Buck Safaris, and I’m thrilled to call him one of us!”